Demetri was a member of the management team at the McHenry County State's Attorney's Office.  As the Deputy Chief of the Criminal Division, Demetri supervised and trained attorneys in all areas of criminal prosecution.  He was responsible for managing and overseeing thousands of cases throughout numerous courtrooms.  Furthermore, he assisted in the creation of all specialty courts and programs in McHenry County, which includes Mental Health Court, Drug Court, Domestic Violence Court, and the First Offenders program.  He currently continues to oversee those programs.  Today, Demetri is assigned to the civil division and his responsibilities include representing the various McHenry County governmental departments in a broad range of civil litigation matters.

As a community leader, he served as the elected Algonquin Township Republican Chairman.  Prior to being elected as Chairman, he served as the Treasurer and Secretary to the Township Republican Party.  In addition to his leadership role in the Party, he was a member of numerous successful campaign committees which include State's Attorney, Sheriff, County Board, and township and local government candidates. 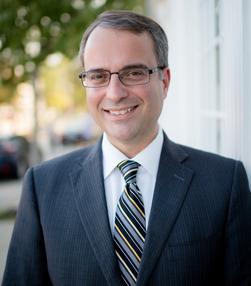 Since then, Demetri has dedicated much of his career to criminal law.  This provided him the opportunity to work in divisions such as Misdemeanor, Felony, Juvenile, and Felony Review, as well as DUI, Domestic Violence, and Narcotics units.  During this time, Demetri was committed to keeping our streets and neighborhoods safe.  This was done by aggressively prosecuting the "bad guys" through trying many jury trials and bench trials.  In addition to these trials and hearings, Demetri assisted in obtaining numerous search warrants and reviewed and authorized countless serious felony charges, which has included murders, sexual assaults, robberies, narcotics, and weapons charges.  On the other hand, Demetri understood that people make mistakes and commit less serious crimes due to a mental illness, addiction, and/or immaturity.  When appropriate, Demetri gave second chances to those who were unlikely to re-offend when given appropriate treatment.  He is not only known throughout the community to be a distinguished attorney, but also a person of sound judgment and compassion.

Demetri was born and raised in Kalamazoo, Michigan.  His Parents moved to the United States from Greece to pursue a better future and opportunity for their children.  Demetri's parents worked long and hard hours in the family restaurant business for the opportunity to send their children to college.  Through hard work and persistence, Demetri went to college and earned his business and law degrees.  His commitment to helping others was his primary motivation in pursuing a legal career in public service.

The first five years of his legal career focused primarily in the practice of civil and family law. While a law student, Demetri volunteered at Legal Service where he gained valuable experience in civil practice.  He provided free legal assistance to low income individuals and families.  He represented indigent families in a broad range of civil legal services which included landlord/tenant law, social security law, family law, contract disputes, and consumer law.  Demetri continued his public service work at the Muskegon County Prosecutor's Office as a supervisor of the civil division.  He assisted in child support and paternity cases, order of protection cases, animal control cases and mental commitment cases.  In addition to his civil experience, he gained criminal appellate experience. 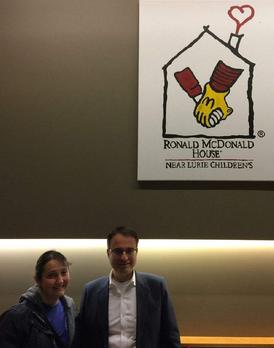 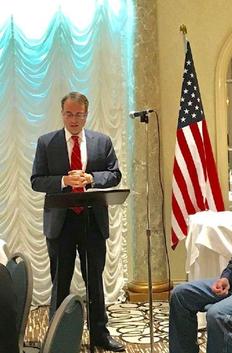 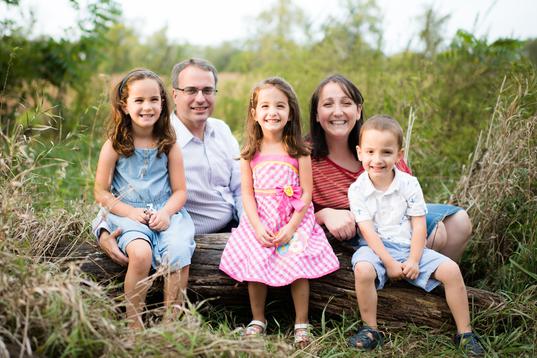 Demetri also devotes his time to teaching as an adjunct professor at McHenry County College.  His teaching focuses in the areas of criminal law and procedure, ethics, the law of evidence, and issues in domestic violence. He is also heavily involved in the community through groups such as Leadership Greater McHenry County.  he has been involved in many programs that assist people in need such as organizations that feed the hungry and homeless.  Other organizations that Demetri devotes his time to include the Ronald McDonald House and various foundations at the Ann & Robert Lurie Children's Hospital.

Demetri and his family have started an annual family tradition to cook and serve a good, home-cooked meal for the residents of the Ronald McDonald House in Chicago.  This is important to the Tsilimigras family because they themselves were residents of the Ronald McDonald House and were comforted by the many families and organizations during their time in need.  Giving back to the community is an important value that Demetri and his wife, Eleni, are attempting to instill in their children.